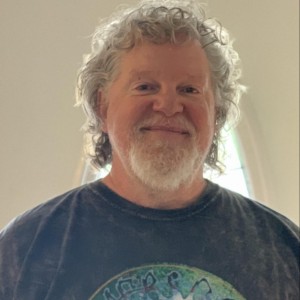 I didn’t dare try to dissuade him from mingling those aphorisms from Poor Richard’s Almanac and other dubious sources into a melting pot of wisdom.

If You Want To Dance, You Have To Pay The Piper—And Other Sacred Verses Of My Youth

This advice is from my Uncle. He said it so often that it is now enshrined in my life’s accepted canon.

It stands beside other canonized wisdom I received as a kid from those more wise than I.

My Granddaddy, Leo, used to say things like, “The faint heart never won the fair maiden.”

And, “Look before you leap.”

And “Nothing good ever happens after midnight.”

(Much later I would tell him he had never been out with me after midnight except to go flounder gigging).

He said these things so-matter-of-factly and with such conviction he also has a book in the canon—First Leo.

It is filled with priceless treasures, sometimes mixed with half-scriptures, like “the wages of sin is death.” Sometimes he elevated his extra-biblical quips to Divine status by asserting things like, “You know the Good Book says one in the hand is worth two in the bush.”

A melting pot of wisdom

I would shake my head and roll my eyes. But I didn’t dare try to dissuade him from mingling those aphorisms from Poor Richard’s Almanac and other dubious sources into a melting pot of wisdom. After all, I wasn’t “old enough for my wants to hurt me.”

But, the one from my Uncle stands out, both for its succinct truth, and for its unfailing accuracy.

If you want to dance, you have to pay the piper.

Other memorable verses from my Uncle include the timeless, “Let’s put her in the wind.”

He always said this at the end of a long workday when the power saws had screamed their last, the smell of fresh cut pine was hanging in the air, the tools were all gathered and put away, the job site was prepped for tomorrow, and power cords collected, coiled and looped like lassos.

That magical phrase signaled quitting time. It conjured sailing away towards a better shore, or riding off into the sunset, or exiting the stage into an evening of rest, relaxation, and recuperation, usually accompanied by a cold beer. Hearing it,  just as remembering it now, induces a Pavlovian response. Your face parts in an involuntary smile, and you’re ready to tap a reserve of strength to pack up and go—away from work and towards play.

My Uncle and Granddad shared a common desire that propelled their energies. They wanted to play! So they worked hard to fully enjoy the play of not working in the interim. Neither one ever uttered something so mundane as “Work Hard, Play Hard.” But they lived it. And it rubbed off on me.